Paying for patches and the "sense of community"

Top Posters In This Topic

I personally think that Scott, Fremen, and Glenn add a huge amount to the Helix community. They invest a huge amount of time in unlocking the potential of the Helix and they share a lot of their findi 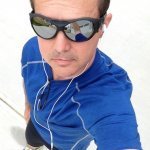 If you consider creating really nice patches that take a lot of work, testing, a great ear, more work, more testing, making videos that demo them and describe how they work as a "service" that is wort

I was too. Remember me?????  "Gangsterusa"  I've contributed my free patches there and here on the old Line 6 forums. I've shared my patches starting from the POD XT-Live, the POD X3-Live, the POD-HD,