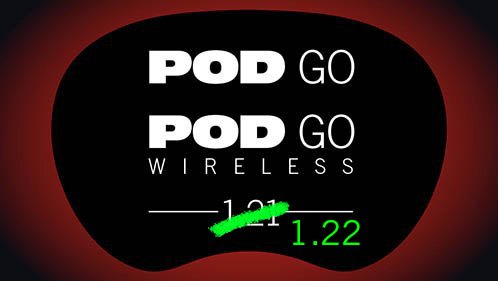 Shut down any programs that use audio or connect to your POD Go device, like DAWs, iTunes, Spotify, video games, etc.

Disable the sleep timer on your computer. The update will fail if your computer goes to sleep during the process.

If you are using a laptop, plug it in, or ensure it has enough battery life to complete the update without shutting down.

Changes and Improvements in 1.21