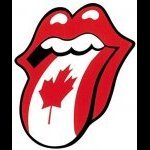 Top Posters In This Topic

I'm into my second year with Helix and I still haven't stopped marveling at how good it is. Nor am I even remotely close to having explored it all, or in all likelihood, learned how to get the very be

That's life (that's life) that's what people say You're riding high in April Shot down in May But I know I'm gonna change that tune When I'm back on top, back on top in June......